Robert finds is very difficult to understand why there are so many different racket sports.

In order of glamour: 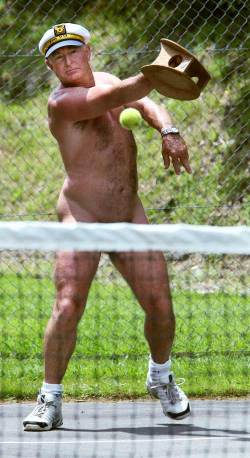 Honorable mention to miniten, a racket sport developed by nudists in the 1930’s.  Try as he might, Robert could not find a video. Although he found some interesting stuff while searching.

In mathematics and computing, the method of complements is a technique used to subtract one number from another using only addition of positive numbers. This method was commonly used in mechanical calculators and is still used in modern computers.

The nines’ complement of a number is formed by replacing each digit with nine minus that digit. To subtract a decimal number y (the subtrahend) from another number x (the minuend) two methods may be used:

Now calculate the nines’ complement of the result Neither Robert nor Mira brought many physical assets, or other assets for that matter, into their marriage.  Robert had a sports car for a few months.  Ahh . . . sports car (saliva dribble). Ahem, where was I?

Mira brought into this marriage all Robert was looking for. Beauty, charm, and grace under pressure. She had no family wealth, no cedar box full of goodies, no dowry other than one thing.  One thing that Robert knew would be his once her father gave his permission for this union.  One thing that would put the marriage and future family on a firm footing.  One thing that other men had in their sights, but could never quite capture.

That thing is:  The Lowe Alpine 100 liter Travel Tote (black). Oh, the bag is not valuable for its contents (i.e., some smelly old boots and a mildewed backpack).  It is the bag itself that is priceless. This little puppy has helped us go everywhere. It holds all necessary camping gear (four sleeping bags, four sleeping pads, a tent, a hammock, and stove and kitchen gear).  Checkable by airlines. Indestructible. Just like the Schwirtz spirit.

Note to future husband of Cadie:  This is it, dude.  Don’t be lookin’ for more.

Familiar Tunes for Anyone Who Has Lived in Tokyo

“A song for a more peaceful departure

Commuting during rush hour in Japan is not for the faint of heart. The trains are jam-packed at as much as 200 percent capacity during the height of rush hour, and razor-thin connection times to transfer from one train to another leave little margin for error. Compounding the stressful nature of the commute in years past was the nerve-grating tone—a harsh buzzer used to signal a train’s imminent departure. The departing train buzzer was punctuated by sharp blasts of station attendants’ whistles, as harried salarymen raced down stairs and across platforms to beat the train’s closing doors.

Also known as departure or train melodies, hassha tunes are brief, calming and distinct; their aim is to notify commuters of a train’s imminent departure without inducing anxiety. To that end, most melodies are composed to an optimal length of 7 seconds, owing to research showing that shorter-duration melodies work best at reducing passenger stress and rushing incidents, as well as taking into account the time needed for a train to arrive and depart.

The tunes feature whimsical titles like “Seaside Boulevard” and range from the wistful to the jaunty. Most stations have their own melodies, forming de facto theme songs that become part of a station’s identity. Tokyo’s Ebisu Station, for example, is known for its departure melody—a short, stylized version of the theme from The Third Man.

As more stations have added melodies over the years, the original thesis has proven correct. A study conducted in October 2008 at Tokyo Station, for instance, found a 25 percent reduction in the number of passenger injuries attributable to rushing after the introduction of hassha melodies on certain platforms.

The use of these jingles is not without controversy, however. Shortly after their introduction, residents living near open-air rail stations, weary of hearing endless repetitions of the same jingles all day, complained of noise pollution.”

Is that a wig?

The final standings for the Marin USTA U12 Junior Travel Team are in.  Rory’s Priory Tennis and Swim Club team came in sixth place (out of eight teams). On an individual level, Rory won 3 of his 6 singles matches and 5 of his 10 doubles matches.  Darn good first effort for a 10 year old.  Looking forward to the fall season!

Results and standings below: