Just for the record, these are the most common wrestling moves at the Pierce house. Here’s the Sheik vs Mighty Jumbo. One of our favorites. Once again, the Pierces like the EconTalk podcast.  Strangely, Mira even more than Robert! Trying to beat the stay-at-home blues over here in Terra Linda.  We took a walk in the heavy rain today with friend Eric.  Stopped for some hot chocolate at the top of the hill, then hurried home! 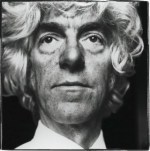 Robert has seen Derek Parfit referenced as a philosopher who believed that there are “true” answers to moral questions. That there is a correct morality. Other than that, Robert does not know much.

He was, it seems, a totally dedicated educator.

It is fun to read about these guys.

This 2011 profile in the New Yorker is worth a read.